Father’s Day is upon us, the time when we show appreciation to Dad for all the hard work he does for the family. And for the daddies themselves, well, it’s a swell time to kick back, relax and enjoy some tender loving care. Yes! You deserve it!

C’mon guys, savor the well-deserved pampering you’re due for! Most importantly, treat yourselves with some time-off from your busy schedule to engage in that Number One Priority in your life: your family!

Just like in Mother’s Day, when we asked moms and dads about the special time, and what they think it means beyond the commercialization, we decided to ask people around and hear their perspectives about Father’s Day. What they think about it, how they feel about it, the meaning they believe it has in their lives.

These questions are meant to give everyone a better idea on not only how important Father’s Day is for people… and also give folks ideas on what presents dads will really dig during this occasion!

Andrew, a single father who has to balance parenthood with work, tells us what he thinks about the occasion:

“Before I became a dad, Father’s Day was just a day where everyone sends their fathers greetings or gifts and tell everyone how thankful they are or how they feel about their dads. Being a dad yourself really doesn’t change that day that much. I celebrate Father’s Day with my dad during Father’s Day, but with my daughter, we celebrate it every Sunday.

How I feel about father’s day? Just a day where everyone concentrates and makes a big deal in being a dad and to your dad. All I want for father’s day is more time for my daughter, since I work like a horse and as a single dad I don’t have much time for my daughter. TIME and MOMENTS would suffice, that’s all I’m asking for that special occasion.”

Alex’s response shows that parenthood is never simple and how, in the case of fathers, the struggle is real:

“First, I feel lost in Father’s Day. I know my father, but I’m just not feeling that he’s being a father to us. I know he has some shortcomings but he doesn’t seem to change, whatever the reason is, long story. Anyway, I just want our family to be complete not just on father’s day. Since I have a family of my own, my child is the greatest gift of all, and I’m very happy about it, and I’m trying my best to be a good father so my son will not experience any kind of loss.”

And sometimes, even those who’ve been fathers for some time still haven’t gotten used to it.

Pawel, who recently welcomed a second child into his family, opens up about this:

“I always feel a bit awkward when father’s day rolls around, because I don’t feel like my role in the family merits a special occasion. While I won’t refuse a gift, sure, I feel a bit guilty for having a special day for me because I don’t feel like I’m doing anything particularly special. I like going to see MY dad though, we talk a bit and stuff.”

Moms Chime In Too

We decided to ask mothers about Father’s Day as well.

Jane, who also responded in our Mother’s Day article, has this to say:

“When I heard the word Father’s Day it reminded me all the things that I’ve never done, like giving special letters or anything something special to my father. My father is a kind of person who’s very strict. He wants that all the things that he learned, we must learn it also in order for us to live. When I was young he was my first teacher who taught me how to survive in this cruel world. He taught me everything, aside from that he taught me also how to play guitar, singing and even also weird and funny jokes. I don’t have the confidence to say to him ” I love him and I’m very thankful” that he was my father. But hopefully this coming father’s day I have the courage to say that to him.”

Steph believes that Father’s Day is really special and expresses her enthusiasm for celebrating it with her father, with her husband, her kids and her entire family:

“The celebration of Father’s Day has become underrated. They deserve as much love and attention as mothers do, when it comes to this special day.

My Dad is the most lovable, coolest, and most understanding Dad in the world. And since he works overseas, I can’t make his day as special as I would have wanted it to be. We normally celebrate Father’s Day, altogether with my Dad, my partner, and my sister’s husband. But we can’t do that this year, so we would probably just put him on video call when the family goes out for lunch or dinner, so that he won’t feel so alone that day.”

Most of the above responses focus on spending time together with family instead of commercialized activities or material gifts. As Andrew says, TIME and MOMENTS are the important thing. That’s touching and shows the essence of Father’s Day.

Some of the answers were also very real in expressing how, sometimes, appreciation for fathers isn’t that easy to come by. Moreover, fathers themselves can also be unsure about opening up and showing their sensitive side. It can make things complicated for fathers and families.

The traditional approach to fatherhood emphasizes being the breadwinner, sacrificing time with the family to bring home the bacon while moms are the ones who are into the “emotional stuff.” But times have changed and families can not only make it easier for fathers, fathers themselves can make it easier for themselves!

So let’s make Father’s Day an opportunity to do better! Dad might not say it, but we’re sure he’ll love some TLC! And dads? Don’t hesitate, don’t worry about being a “softie” or something. Think of the Father’s Day shower of appreciation and affection as something you’ve rightfully earned!

The important thing is quality time together, family fun! Of course, a good gift can cap the celebrations. So here are some suggestions on how to make Father’s Day a blast:

Head to the park or the beach! Get reacquainted with Mother Nature and the Great Outdoors! If daddy’s the woodsman or camper type. Go hiking on his favorite trails or biking. It’s also healthy and can build appetite for anything special you’ve got planned for dinner!

Red-meat for a red-blooded Dad! Is it a stereotype? Yes. Is it delicious? OH YES. So fire up that grill and let the beef slices sizzle! A filling meal with the entire family is a simple pleasure that’s just too underrated. Just be sure to have some peppery seasoning on the meat and some wine to go with it all, so you won’t feel too guilty since pepper and wine have proven health benefits.

A Massage for Dad!

Give him a renewed appreciation for the “touchy feely” stuff with a nice back massage, or a whole body treatment! Foot massages too! Relieve those tense muscles, particularly around his broad shoulders. Moms, if you’ve always dreamed of doing this, then go for it! Light up those aromatic candles, ready the scented oil, make it romantic! Or treat him to a day in the spa, leave him at the mercy and in the hands of an expert who’ll leave him snoozing like a baby!

You heard us right. Wrestling. What kind of wrestling? Pro-wrestling. Yes, it’s scripted, it’s stunts, it’s for kids, but if Dad’s a kid at heart, if he’s a big old mark, then take him to some small time show or subscribe for a pay per view. Just this once. Yes, we know it’s hard not to cringe. This Father’s Day, June 18, happens to be the date for WWE’s Money In The Bank. When men in tights and trunks will body slam each other and go up ladders for some thrilling acrobatics and maneuvers.

Okay, okay. UFC, boxing, or basketball are good too if he’s more into sports than sports entertainment.

Yes, we know, it’s not about commercialism. It’s about guys who like to make or fix things, the usefulness of the device. There’s nothing like a good, long-lasting tool for Mr. Fixit. A Swiss Army Knife or a Gerber. One of those folding multi-tools. An LED flashlight that’s as bright as a sun! A new lens for his SLR camera or a helmet mount for a GoPro. Can’t choose which one? That’s what Gift Cards are for!

Or comic book. Graphic Novel if he’s a total collector. If he’s the bookish type then he’ll love this. A Barnes & Noble (or whichever bookstore you prefer) Gift Card would work too. Everyone’s a geek nowadays so aside from books, there’s always the latest bestselling video game, director’s edition DVD of his favorite superhero flick with all the special features, model Gundam.

So Let’s Enjoy the Important Things

Most of all, savor the moment! You’re with each other on a wonderful Sunday, on Father’s Day, free from the hustle and bustle of work. Get Dad all teary eyed from the well-earned appreciation, fill your bellies with great food, and just have an unforgettable time! Experiences such as these are the greatest gifts we can give to each other, moments and memories that we can’t take for granted, which we can have with us as the years go by. 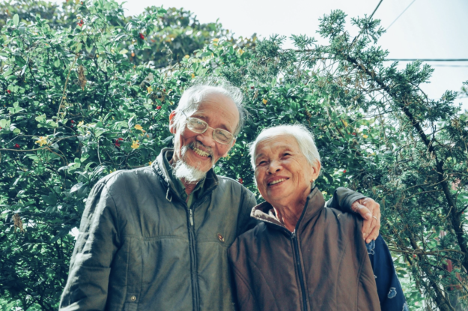 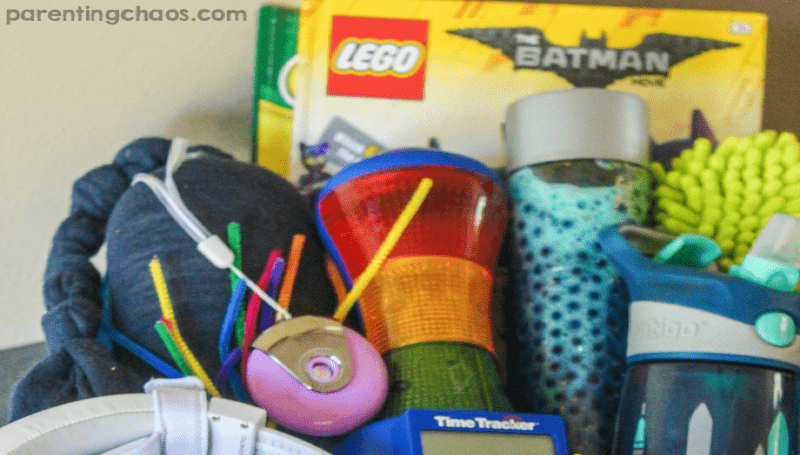 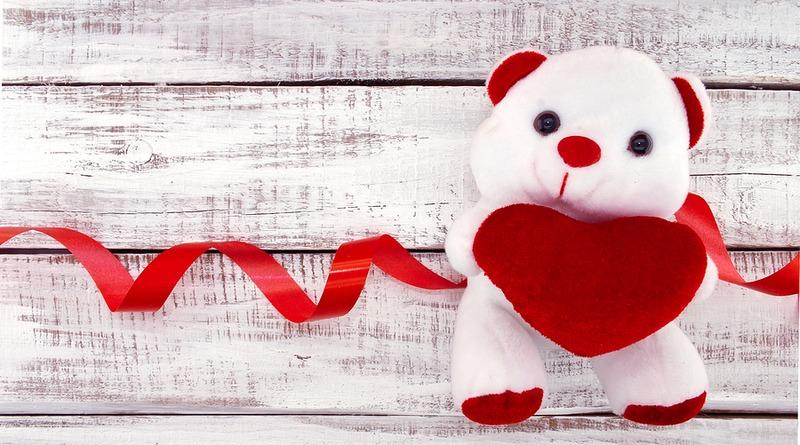